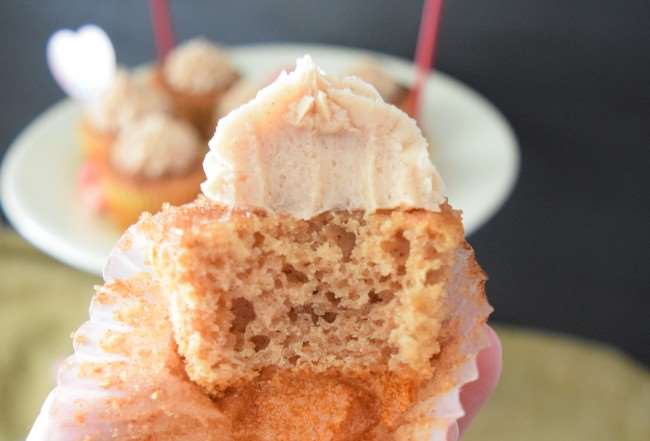 Did I just really just say “Apple Churro Cupcakes”? Yeah, I did! Can you imagine anything so perfect as combining a healthier version of a churro and a cupcake?  I didn’t think that there was anything better than a churro. I was soooo wrong! These Apple Churro Cupcakes are beyond amazing! When you combine a churro and a cupcake, it truly can’t get any better than that! 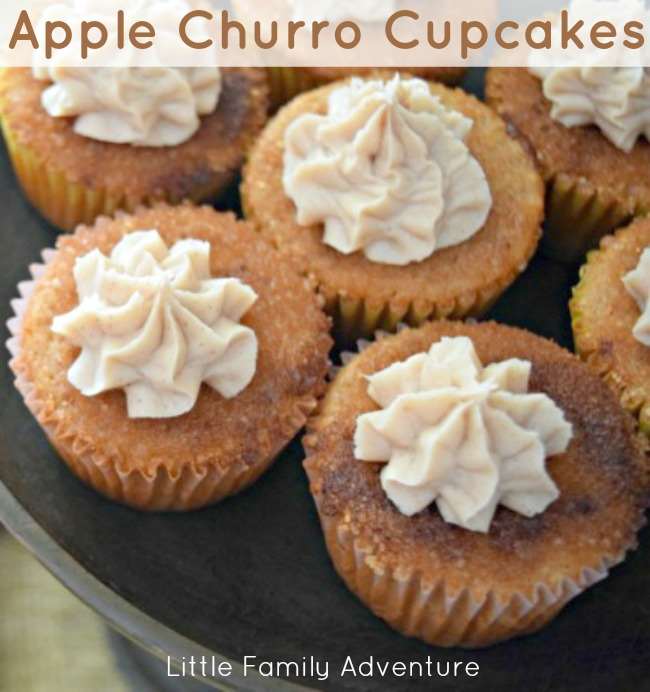 Recently, I wanted to create an extra special something for my kids. They love churros, a crispy fried dough stick covered in cinnamon sugar. I don’t deep fry much anymore, so they haven’t had a churro in forever. My daughter was eating a cupcake the other day and mentioned that she wished I could make a churro flavored cupcake. So I went to work and I created these super amazing Apple Churro Cupcakes for my kids. I think they’re going to say these were the best cupcake EVER!

Apple juice gives these cupcakes a mild apple flavor and yogurt makes these cupcakes moist. These Churro Cupcakes combine a cinnamon sugar topping with an extremely moist and delicious cupcake. That  mixture of cinnamon and raw sugar is added after baking to give them crunch. It’s just like when you bite into a traditional fried churro. Then to top everything off, a rich cinnamon cream cheese frosting completes these cupcakes. You can use a star tip pastry bag to pipe the frosting like in the pictures or you can simply spread the frosting onto each cupcake. All these flavors combine to create a dessert that you are going to fall in love with!